As of January 2021, the overall Engineering, Procurement and Construction (EPC) contract of CCLEX is at 68.21 percent while construction progress alone is at 59.68 percent.

Part of the progress is the completion of the concreting works for the two main bridge pylons. Standing 145 meters, the CCLEX pylon on the side of Cebu City and Cordova have already reached their final height. 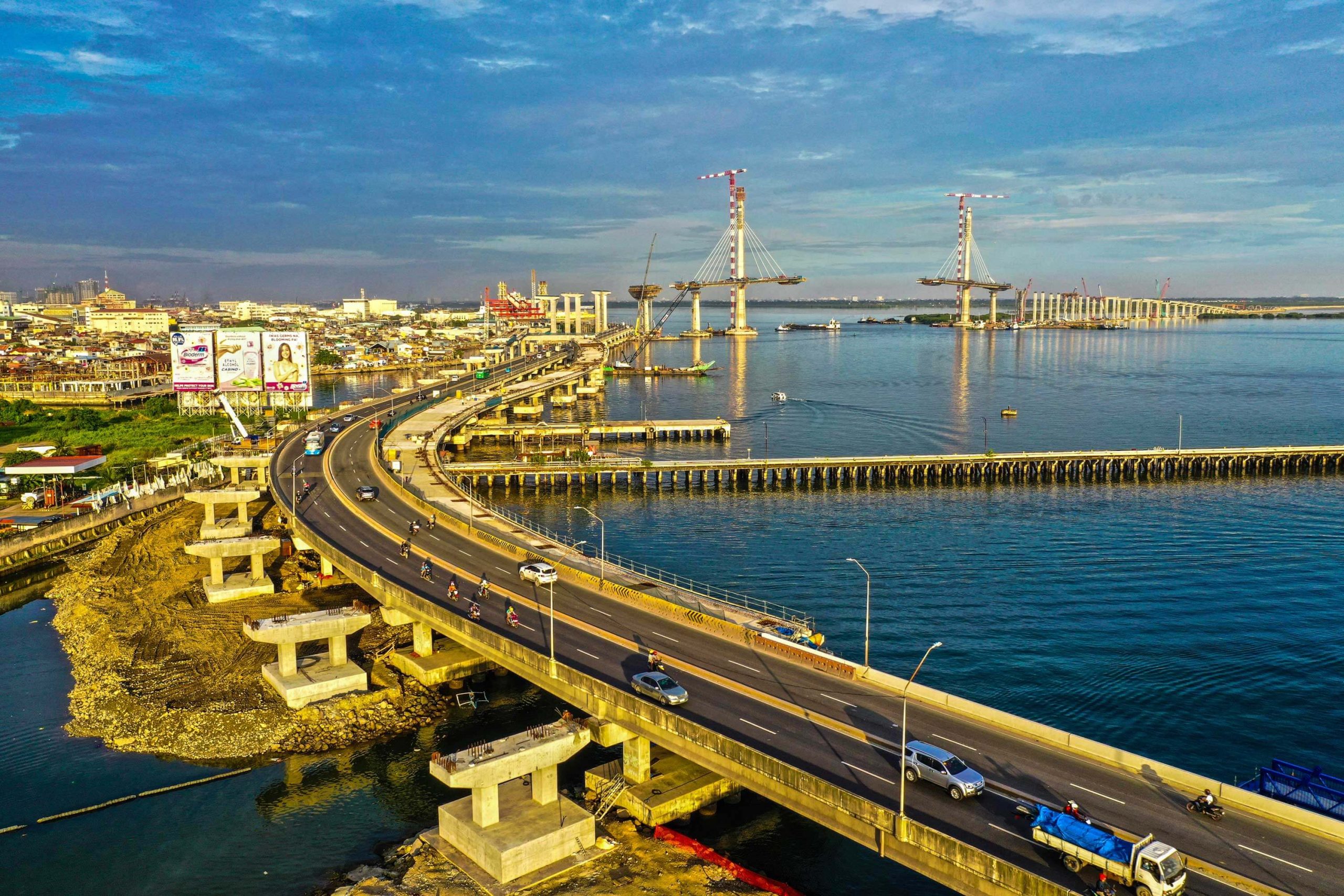 With the removal of the pylon’s self-climbing formworks, the ecumenical crosses mounted on top of the Tower 2 is now visible. Removal of the formworks for Tower 1 will follow suit.

There will be a total of eight 40-meter crosses installed on all sides of the two towers that will be lighted at night to highlight Cebu’s significant role as cradle of Christianity. The crosses, which are made of imported stainless steel, will be illuminated by interconnected LED linear light strips.

For the main bridge deck, 20 out of the 56 stay cables have already been installed. These stay cables will hold the deck. 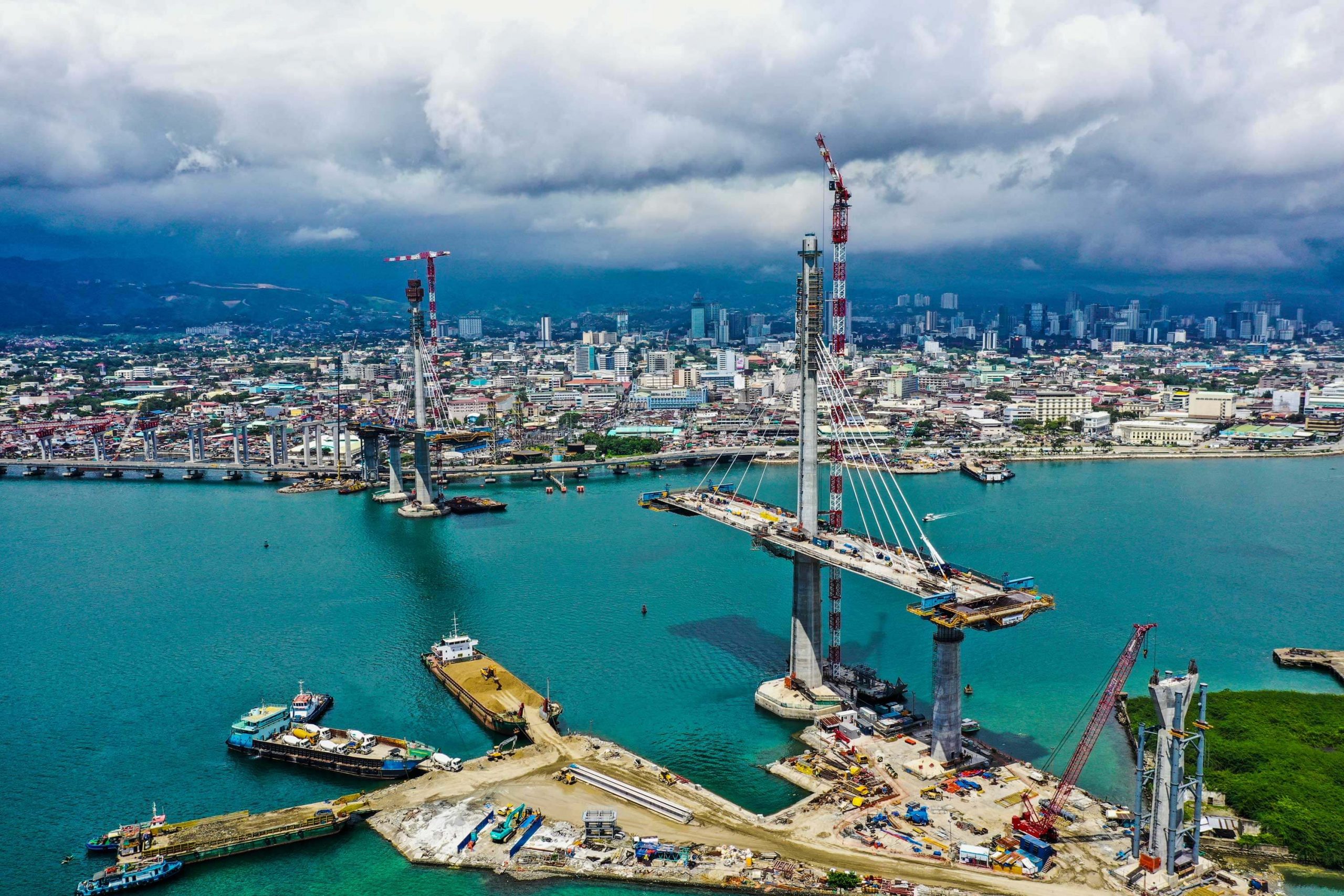 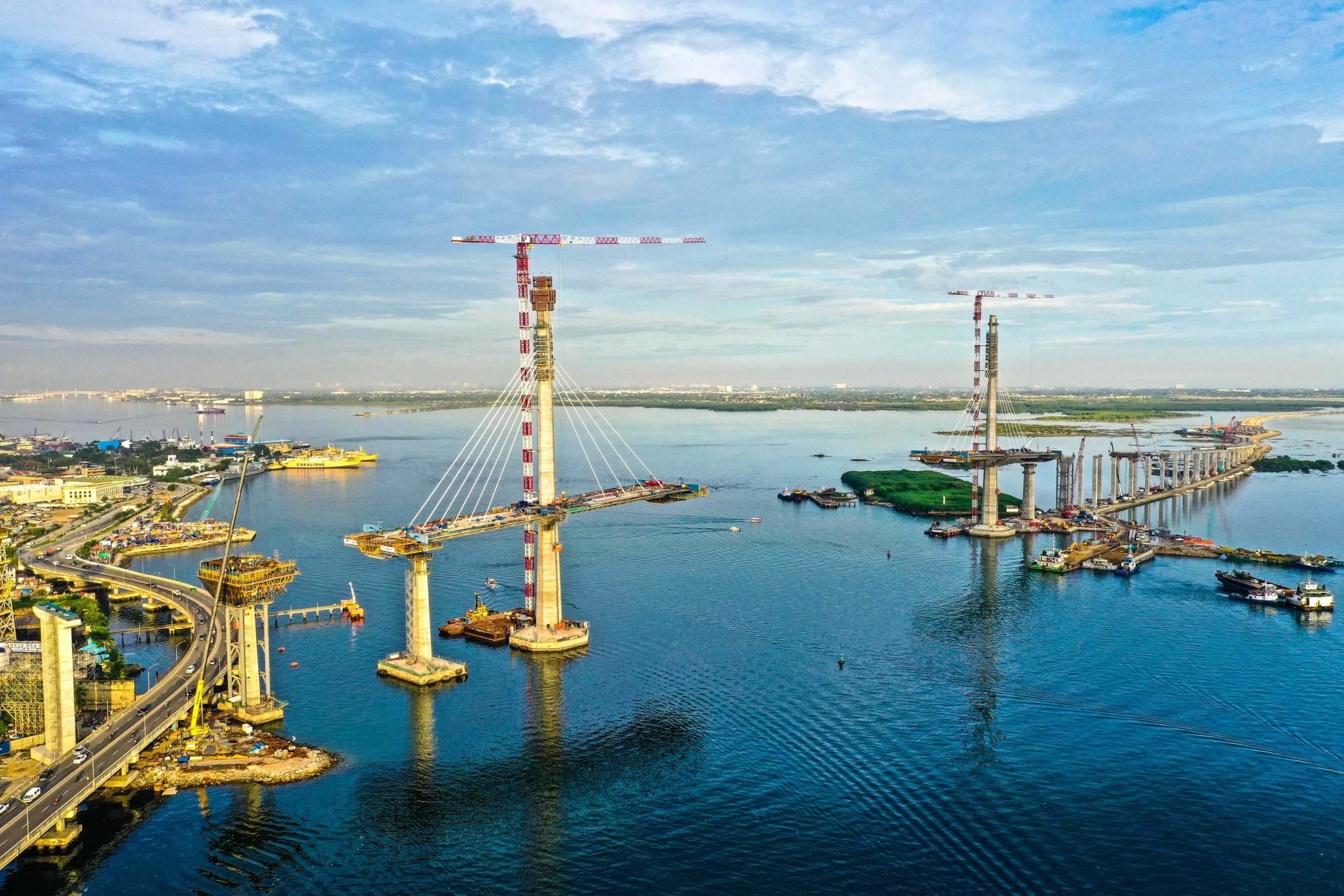 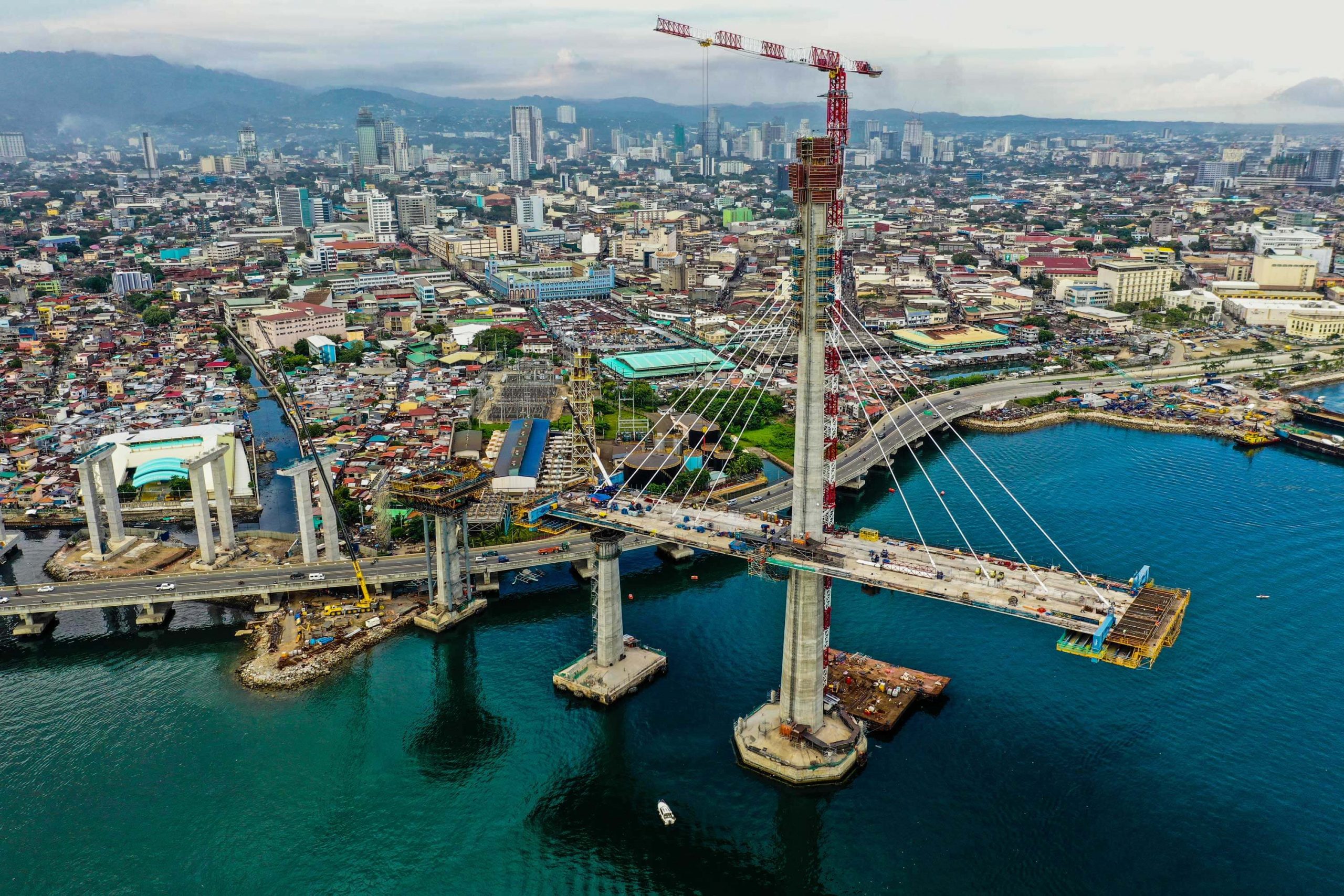 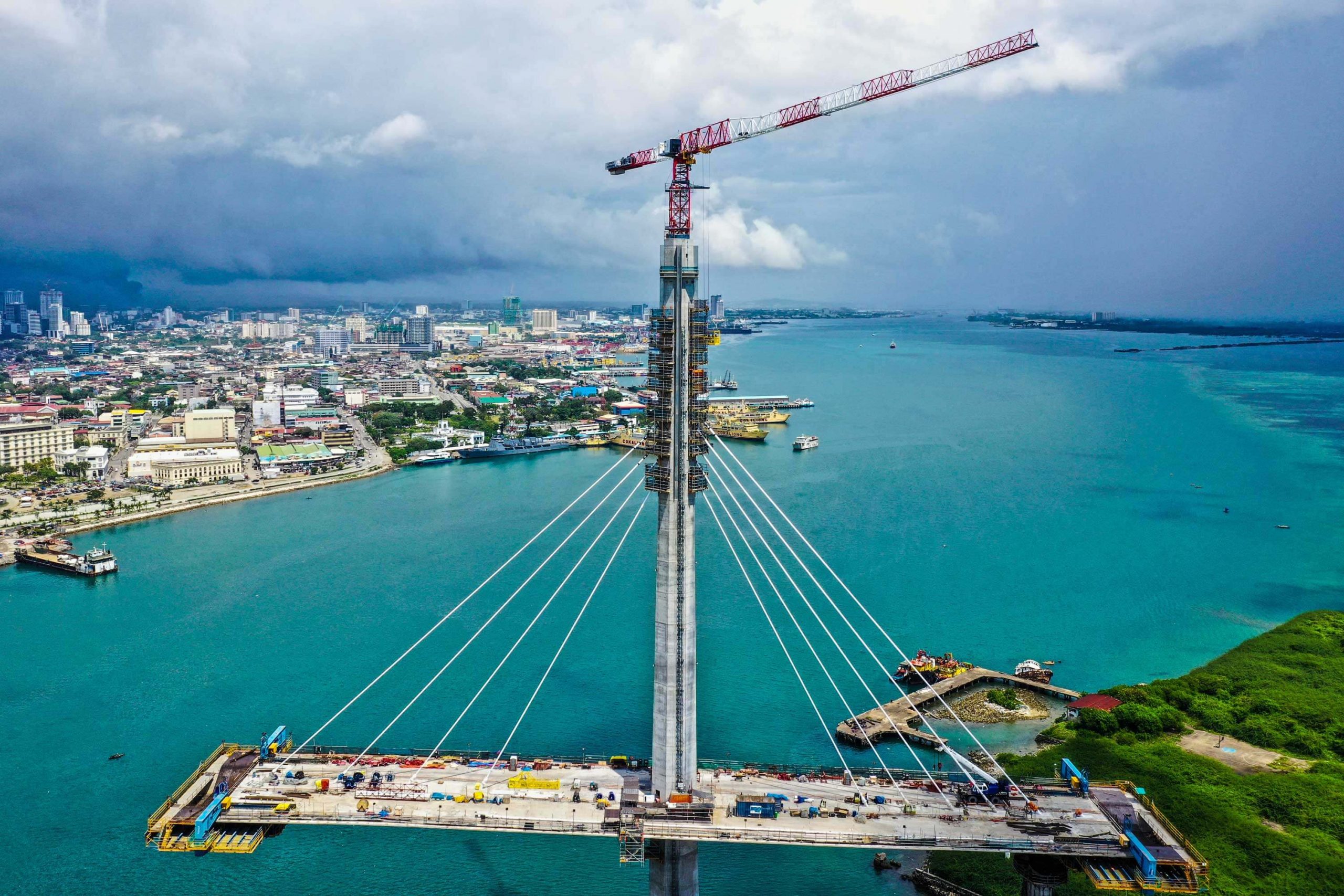 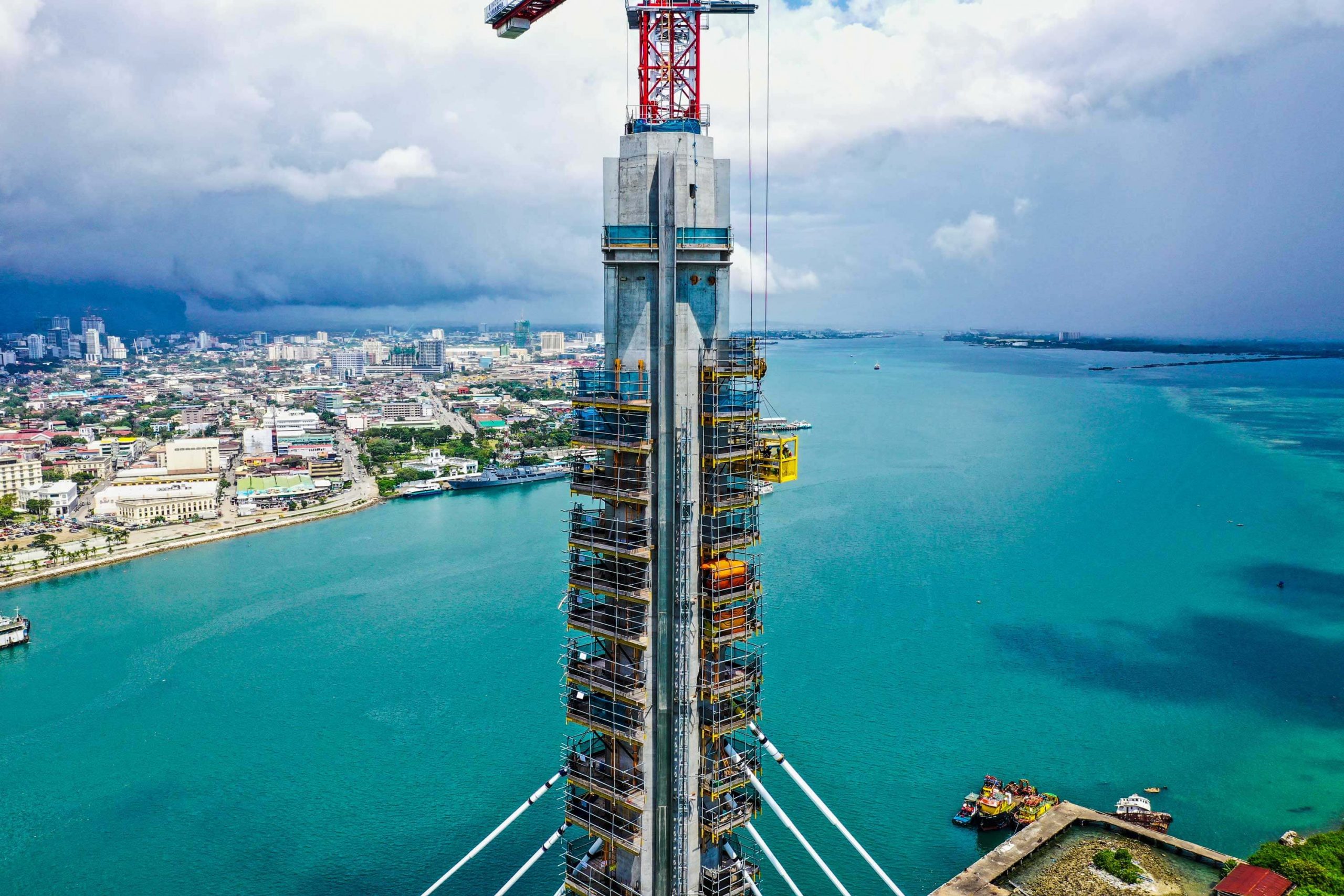 Also making headway is the construction of the permanent pedestrian footbridge with four out of six prefabricated steels already installed. The 200-meter footbridge will start near the U-turn slot of the South Road Properties’ welcome tower and will serve as pedestrian’s access to the sidewalk of the CSCR on ramp. Sidewalks will be provided in the entire stretch of CCLEX.

At the causeway, embankment works have already reached the town of Cordova, particularly at the Mactan Circumferential Road, which is the end of the CCLEX connection in Cordova. 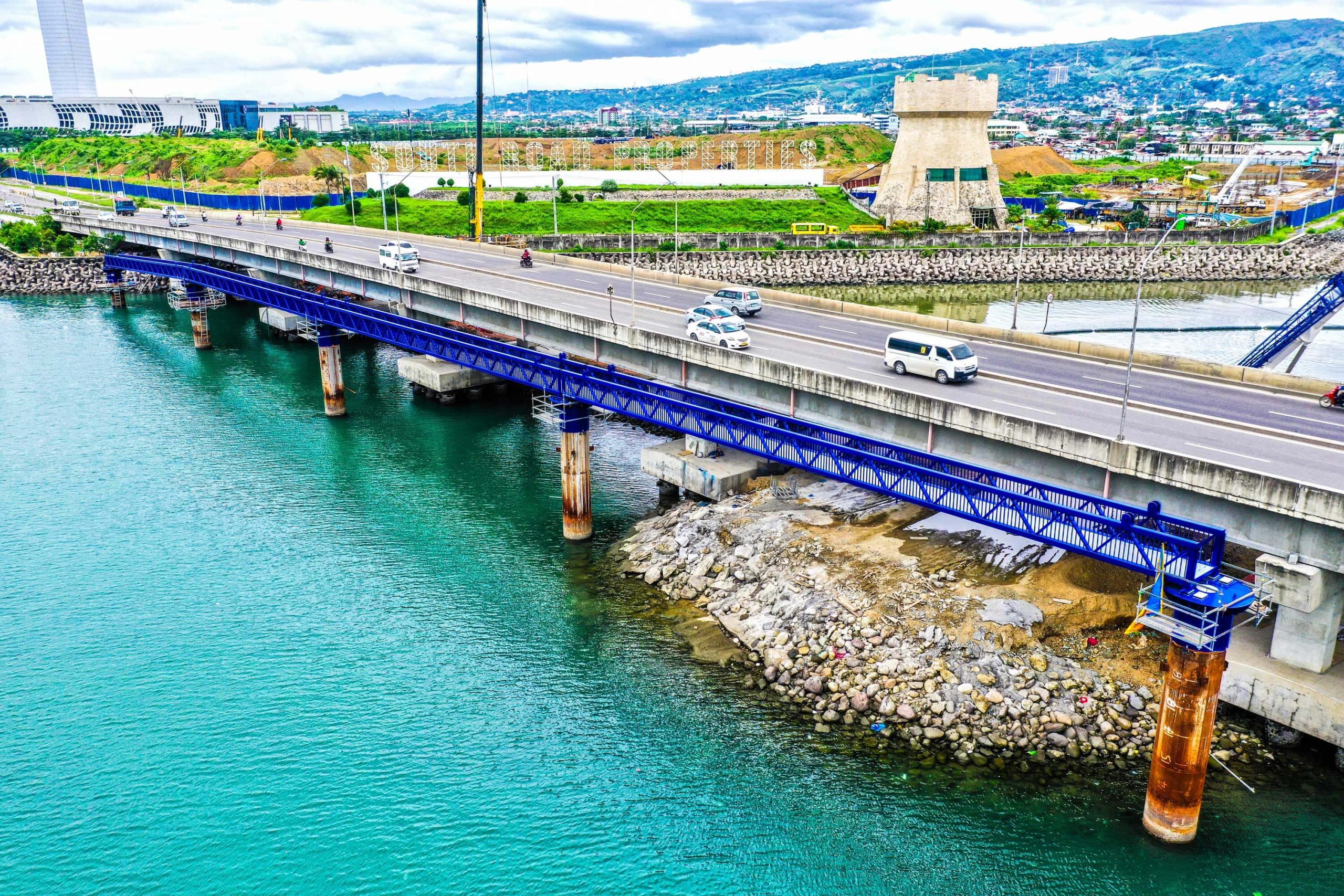 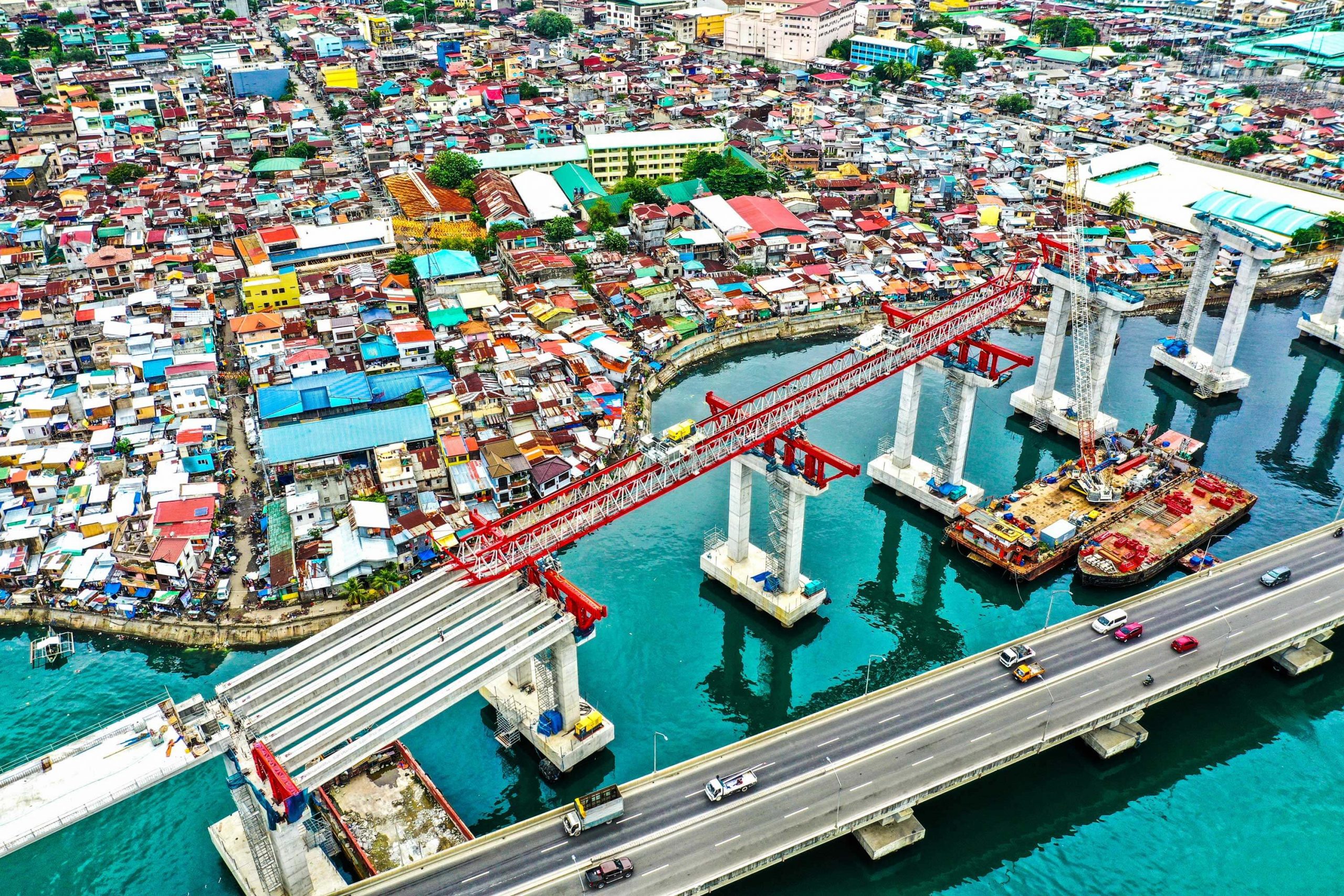 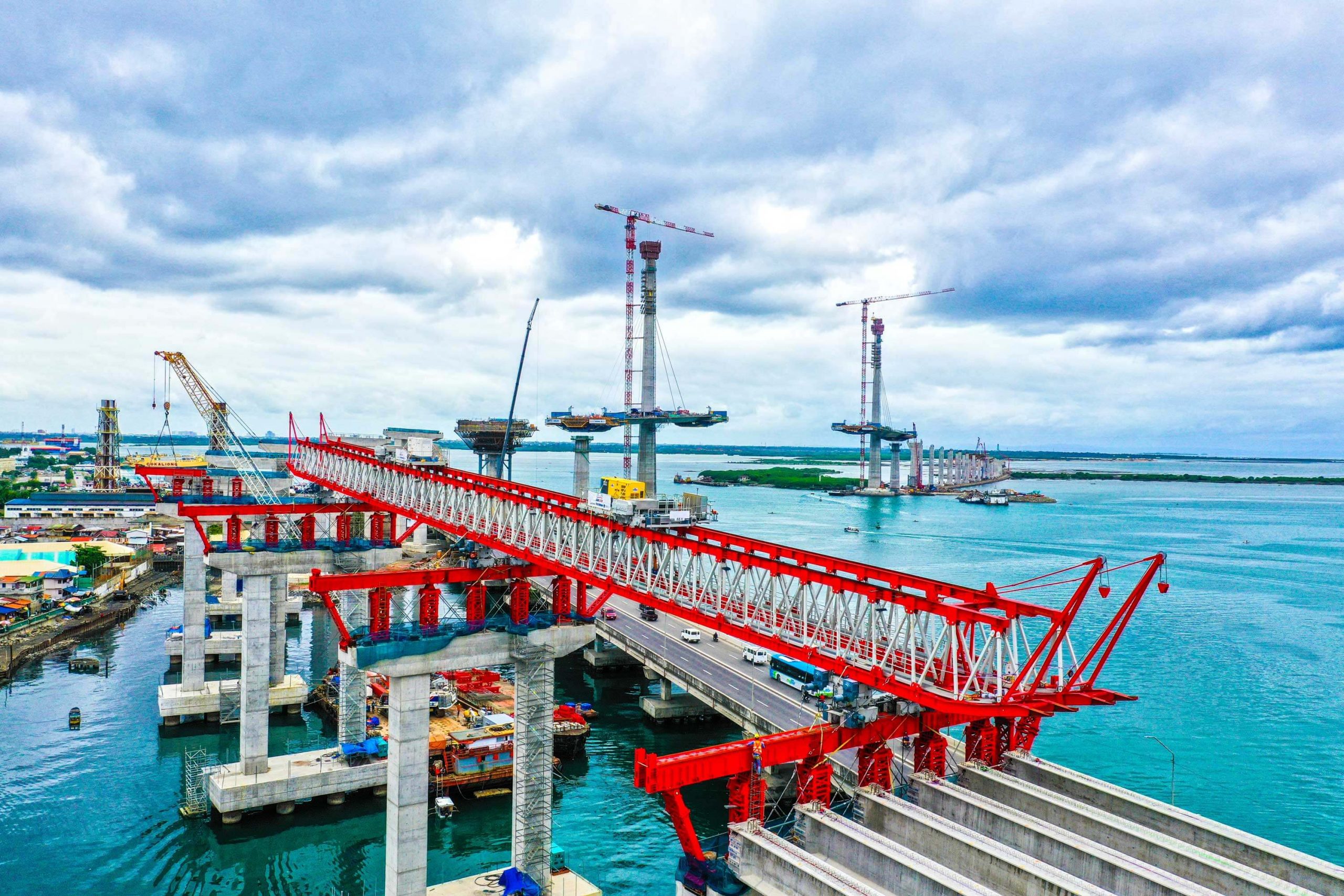 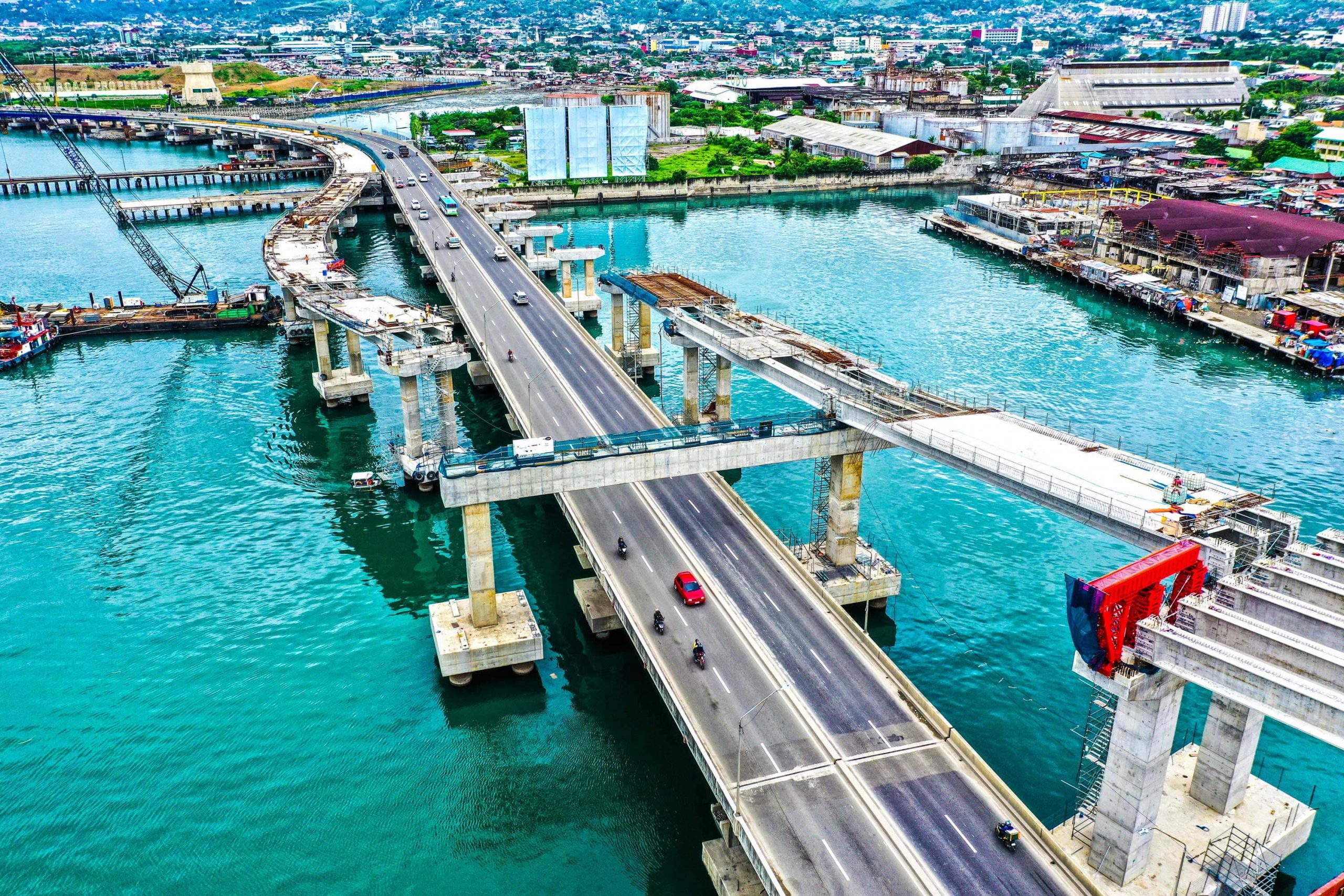 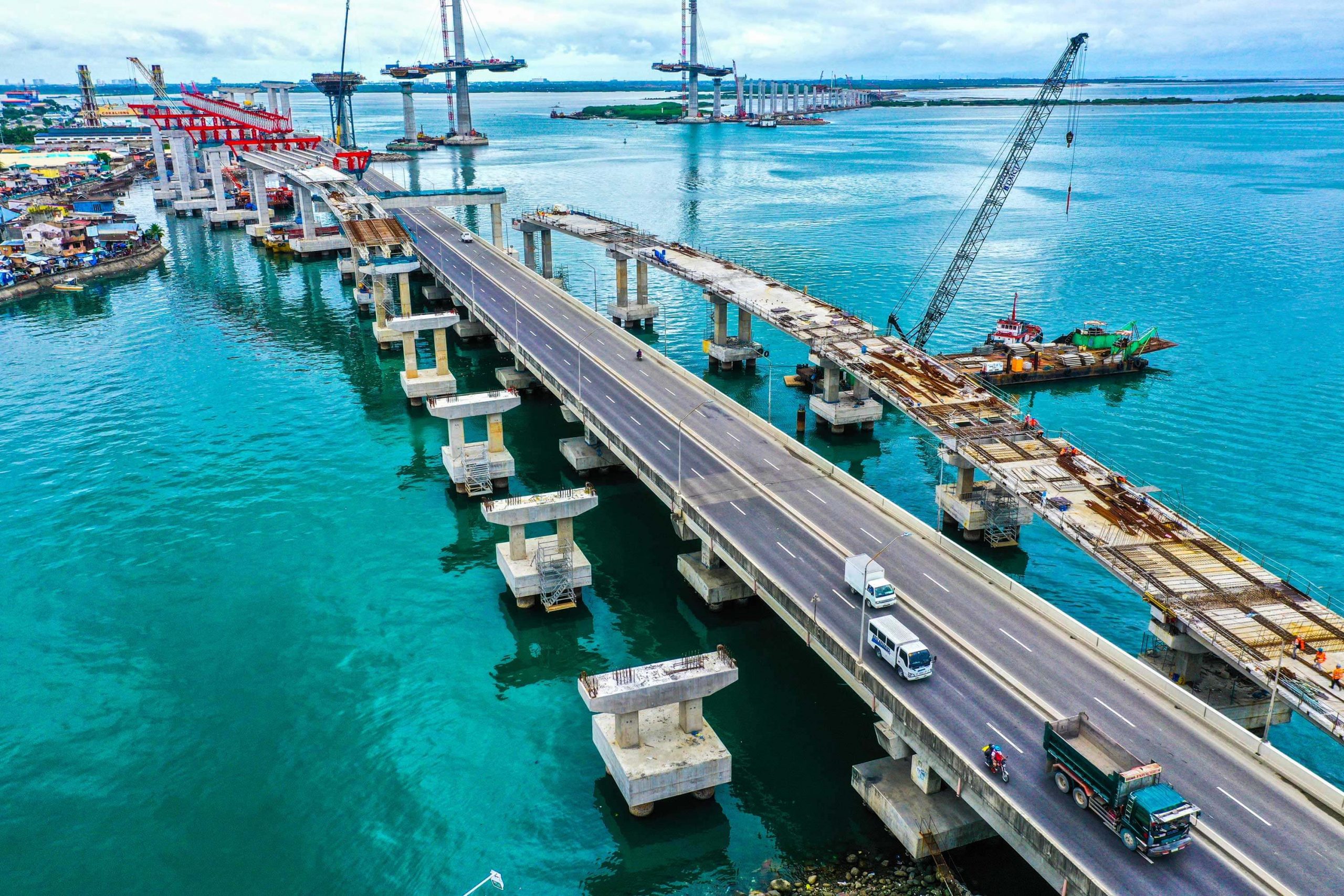 Placing of filter and armor rocks are also ongoing as well as laying of the vent pipes.

There will be 20 units of vent pipes scattered along the causeway’s stretch in order to equalize the flow of seawater in the Cordova Channel.

As to the four low-lying bridges, all foundation works have been completed. These bridges will serve as access of the Cordova fishermen to their fishing ground.

CCLEX is an 8.5-kilometer toll bridge that will link Cebu City through the South Road Properties to the Municipality of Cordova in Mactan Island.

The 30-billion facility is owned and built by Cebu Cordova Link Expressway Corporation (CCLEC), which will maintain and operate CCLEX under a joint venture agreement with the LGUs of Cebu City and Cordova.

CCLEX is expected to be substantially completed in December 2021.

Set to be a new landmark in the country, CCLEX will have two lanes in each direction that will provide a safe, quick and scenic passage to an estimated 50,000 vehicles daily, easing the traffic in the existing Marcelo Fernan Bridge and the Mandaue-Mactan Bridge.

Not only is CCLEX seen to reduce traffic and make traveling more convenient but also spur trade activities and open greater economic opportunities for Cebu and the rest of the Visayas region.
Corporation (MPIC), a publicly listed infrastructure holding company and is a member of the MVP Group of Companies.

MPTC is the largest toll road concessionaire and operator in the Philippines, which expansion goals include establishing toll operations in the Visayas, other parts of the Philippines, and in neighboring countries notably Thailand, Vietnam, and Indonesia.